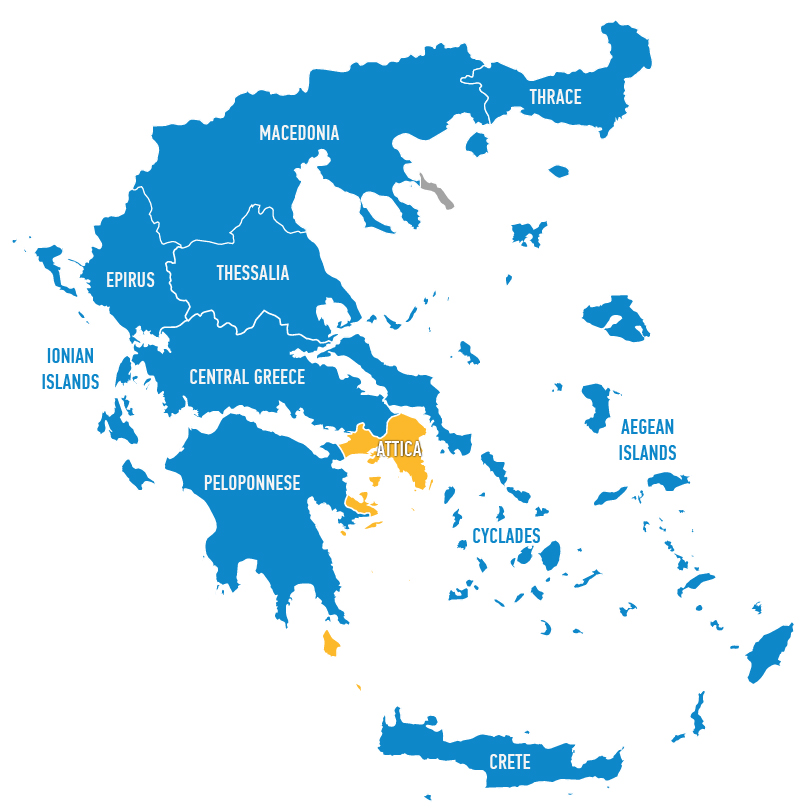 Attica (Greek: Αττική) is an administrative region that encompasses the entire metropolitan area of Athens, the capital of Greece. Located on the eastern edge of Central Greece, contains within its area the cities of Piraeus, Eleusis, Megara, Laurium, and Marathon, as well as a small part of the Peloponnese peninsula and the islands of Salamis, Aegina, Poros, Hydra, Spetses, Kythira, and Antikythera.

Athens (Greek: Αθήνα) is the capital and largest city of Greece. Athens is recognised as a global city because of its location and its importance in shipping, finance, commerce, media, entertainment, arts, international trade, culture, education and tourism. It is one of the biggest economic centres in southeastern Europe, with a large financial sector, and its port Piraeus is both the largest passenger port in Europe and the second largest in the world.